Another primary project at St John’s Co-Cathedral has been the entire Grand Masters’ Crypt. The project included the installation of a permanent environmental control system, a lighting system inside the Crypt, a custom-made stainless-steel door to seal the crypt, and a viewing platform.

The Grand Masters’ Crypt is a subterranean chamber beneath the high altar of St John’s Co-Cathedral, which was created during the construction of the church in the late sixteenth century. It contains the remains of the first eleven Grand Masters who headed the Order between 1522 and 1623. Amongst them are Grand Master Philippe Villiers de L’Isle Adam (1521-1534), who brought the Order to Malta in 1530, and Grand Master Jean de Valette, the hero of the Great Siege and who was also responsible for the building of Valletta. Here also lies Grand Master Jean L’Evesque de La Cassière who ordered the church to be constructed.

The conservation and restoration project, started in 2007, was focused on the preservation of the precious frescoes cycle painted by Niccoló Nasoni in the 1720s and the carved stone sarcophagi which were suffering from a heavy deterioration phenomenon due to the adverse condition found in the chamber. Throughout the years the frescoes in the crypt were affected by gradual detachments and salt efflorescence as well as discolouration. The limestone sarcophagi of the Grand Masters had suffered extensive damage from powdering and biological growth caused by rising damp and fluctuating temperature and humidity levels.

The restoration was carried out by the Courtauld Institute of London which specialises in the conservation and restoration of wall paintings.

The project commenced with assessing the state condition of the crypt and a monitoring study of the internal and external environment. Diagnostic investigations and scientific analysis were aimed to identify the causes of deterioration and thus establish the treatments and the scope of the intervention. 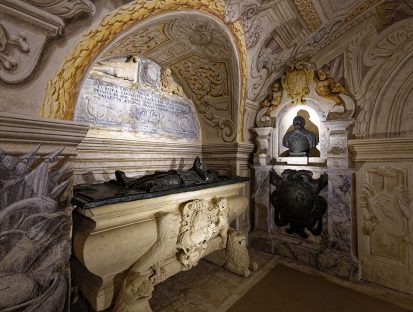 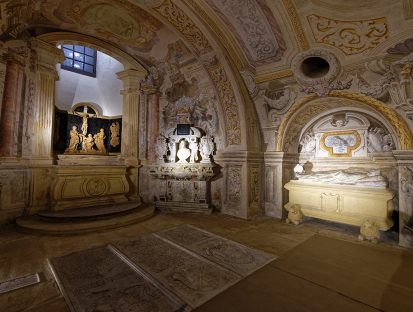 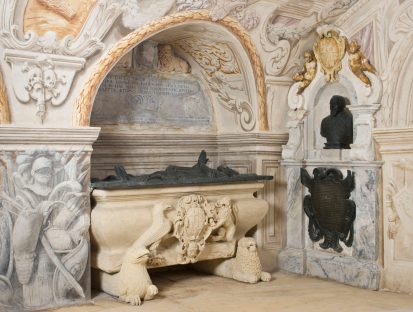 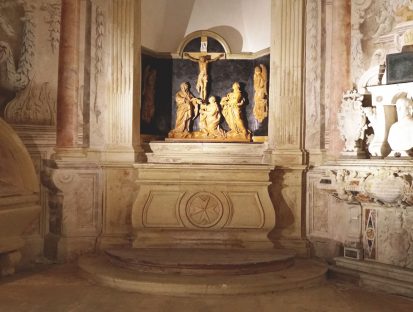 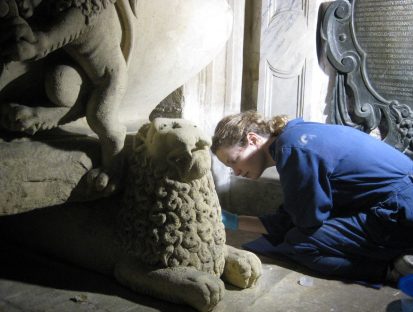 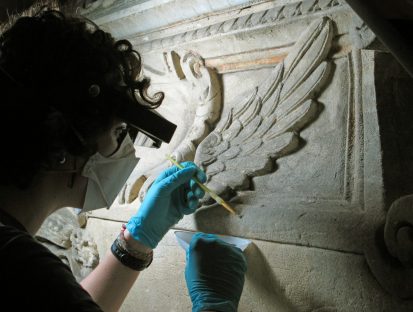 The restoration method was focused on the conservation of the limestone and the decorative surfaces keeping in mind the general criteria of minimal intervention, reversibility, and compatibility to preserve the original materials and their significance. All the materials used for the treatments were tested in advance whilst taking into consideration the characteristics of the original materials and technique. In this regard, attention was taken to minimise the use of consolidants that would create a hard layer on the surface of the tombstones. The nano-lime dispersion in alcohol was chosen as the best consolidant due to its physical and chemical compatibility.

All surfaces were cleaned to remove salt efflorescence and dirt deposits whilst the areas affected by a microbiological attack were treated accordingly. Missing parts were integrated with restoration techniques and micro-losses of painting were retouched with watercolours. The stability of the environment was important to achieve long term conservation of the treatment carried out, especially of the consolidation of the stone surfaces since environmental fluctuation would cause salt-related deterioration.

In collaboration with the team of architects and engineers engaged by the Foundation, the challenging environmental control system was designed and installed. It consists of a custom-made unit which includes heating, cooling, humidification, and dehumidification equipment which can reduce the fluctuation of Temperature and Relative Humidity within a specific range established by the conservators after scientific and technical analysis of soluble salts.

Nowadays the gradual stabilization of the inner microclimate allows conservators to monitor and plan the ordinary maintenance programme and thus guarantee the longevity of the crypt.

In January 2020, The Grand Master’s Crypt was opened again for the public, with access behind a glass door to help preserve the Crypt for future generations.