The Cappella Ardente was made in 1726 to the design of Romano Carapecchia. It was conceived to stand in the centre of St John’s on the solemn requiems held in the church to commemorate the demise of popes and important public figures. Rich imported woods such as walnut were used.

It has a base with projecting steps and carved wood features, several blank spaces for the attachment of escutcheons and inscriptions which could be changed according to the occasion and a royal crown symbolizing the sovereign status of the Order surmounted with the eight-pointed cross of the Knights. It could hold 230 candles. The structure stands 10 metres high and measures 4m x 5.50m occupies approx… 36 metres square.

This artefact will be displayed in The New Museum. 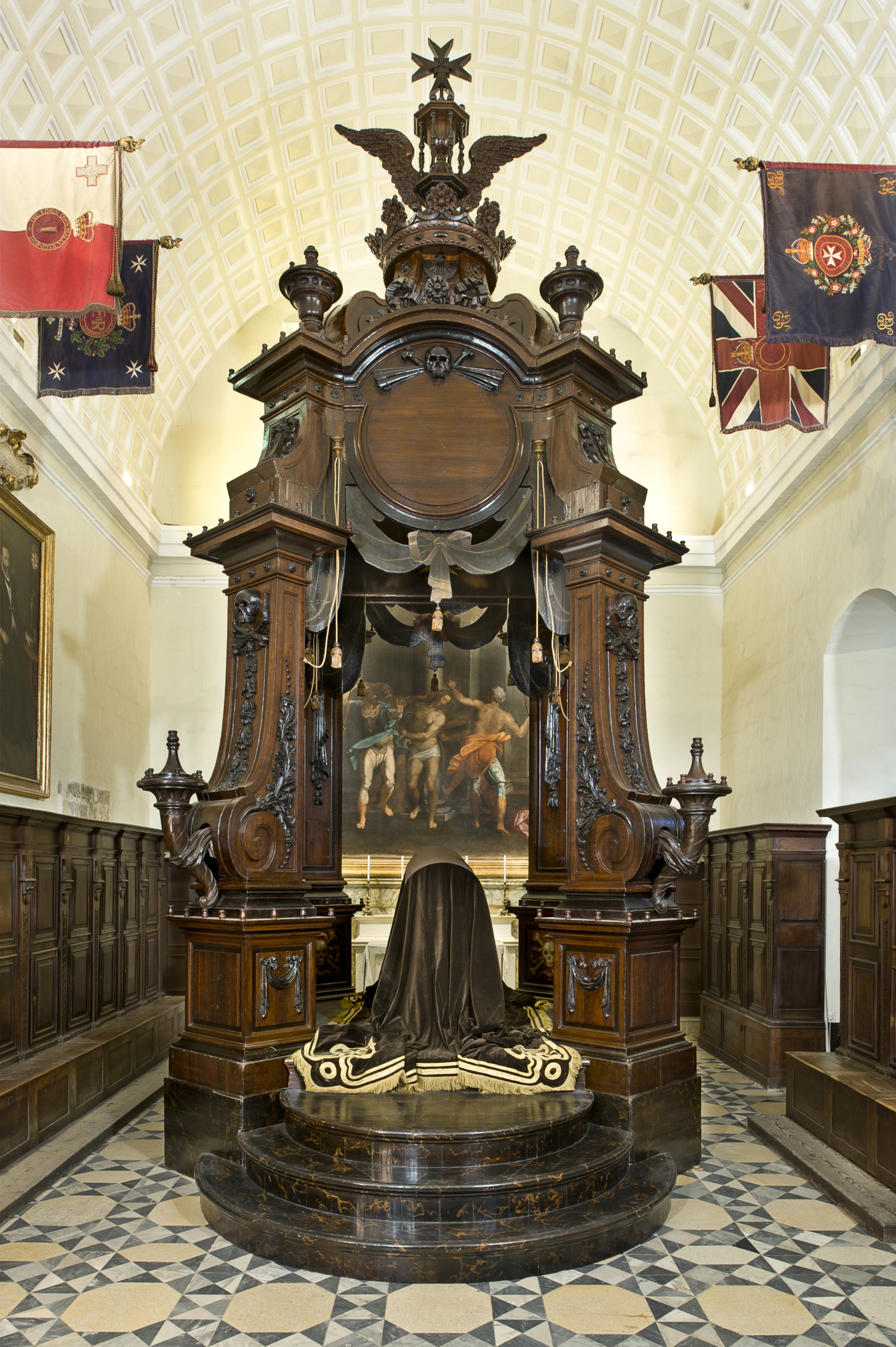 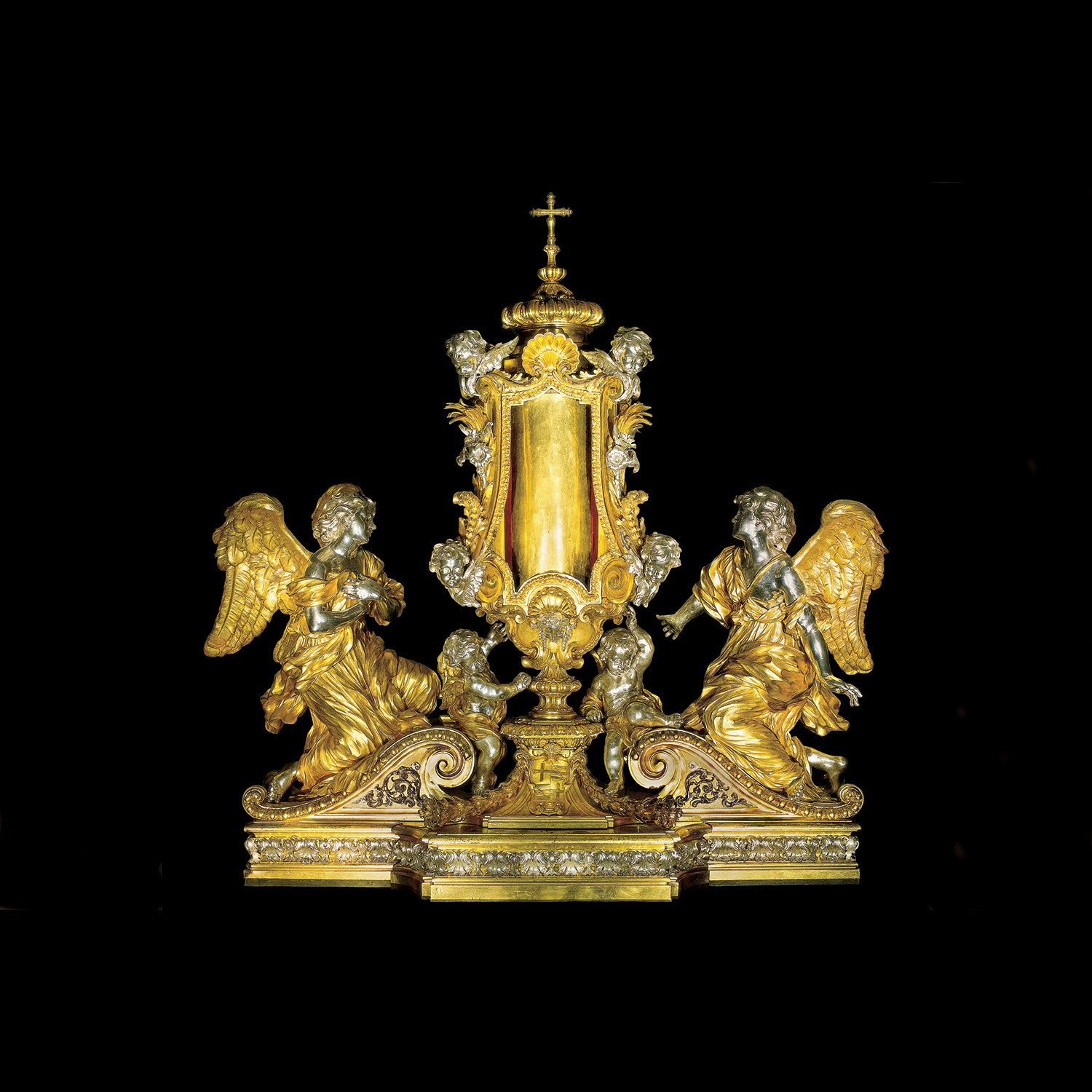 Reliquary of The Hand of St John the Baptist

This gilded reliquary was made to house the relic of St John the Baptist’s hand. It was a most precious relic for the Order as this was the hand that baptised Christ in the River Jordan.

The monstrance was commissioned in 1689 by the Italian Grand Master Gregorio Carafa. It is made of bronze and gilt silver ornaments and was cast in Rome by Ciro Ferri, a sculptor whose style was influenced by the prevailing High Baroque idiom.

The design consists of a cylindrical chamber accompanied by two angels. It is supported by two cherubs on a pediment decorated with silver acanthus leaves. The Grand Master’s coat of arms can be seen prominently displayed between two laurel festoons. The reliquary was originally placed on the altar of the oratory.

This artefact will be displayed in The New Museum.

The bronze image of Jesus Christ was commissioned from Alessandro Algardi, a Bolognese sculptor working in Rome, at the expense of the Knight Fra’ Alessandro Zambeccari.

Originally the bronze image was larger and Christ held a globe in one hand and had the other raised blessing those who arrived and departed from the Grand Harbour. In the eighteenth century, the sculpture was modified and placed on the pediment of a chapel by the quay. This chapel was dedicated to Our Saviour and had a quarantine ground and parlatorio directly connected to the water edge by means of a sunken passageway, for the use of sailors serving their term of quarantine aboard the ships. Described by Ferris as a bellissima scoltura in bronzo ed alto rilievo, the sculpture later placed on the façade of St John’s church.

Part of this collection will be displayed in The New Museum.