The new Caravaggio Wing Project falls under Operational Programme I – European Structural and Investment Funds 2014-2020, ‘Fostering a competitive and sustainable economy to meet our challenges’. A Project part-financed by the European Regional and Development Fund with a Co-financing rate of 80% from the European Union and 20% from The St John’s Co-Cathedral Foundation.

In the new Caravaggio Wing, the second painting by Caravaggio, St Jerome Writing, will be given the greater space which it merits, allowing you to appreciate and enjoy in a separate space. Just as it once graced the walls of Fra’ Ippolito Malaspina’s palazzo, before he donated it to the Chapel of Italy at his death in 1624, it will now be seen on the walls of the Caravaggio Wing. Further in, you can watch ‘Meet Caravaggio’: a short docu-drama on the life of the artist in Malta between July 1607 and October 1608, first as a novice then as a knight of the Order and his dramatic escape from imprisonment in Fort St Angelo.

You will then be able to step upstairs to the piano nobile which until recently housed the magnificent Gobelins tapestries and other treasures of the former conventual church. There, you will encounter Caravaggio’s paintings ‘face-to-face’ via state-of-the-art projections. This will bring you up close to digitally enlarged details of the Beheading of St John the Baptist and St Jerome, showing the artist’s brushwork, his modelling of the human figure, as well as his use of highlights in creating the chiaroscuro effect.

Meanwhile, the Foundation is concurrently working on the new museum planned to house the recently conserved Gobelins Tapestries. It will soon be opening its doors to visitors, thus joining the Oratory and the new Caravaggio Wing. 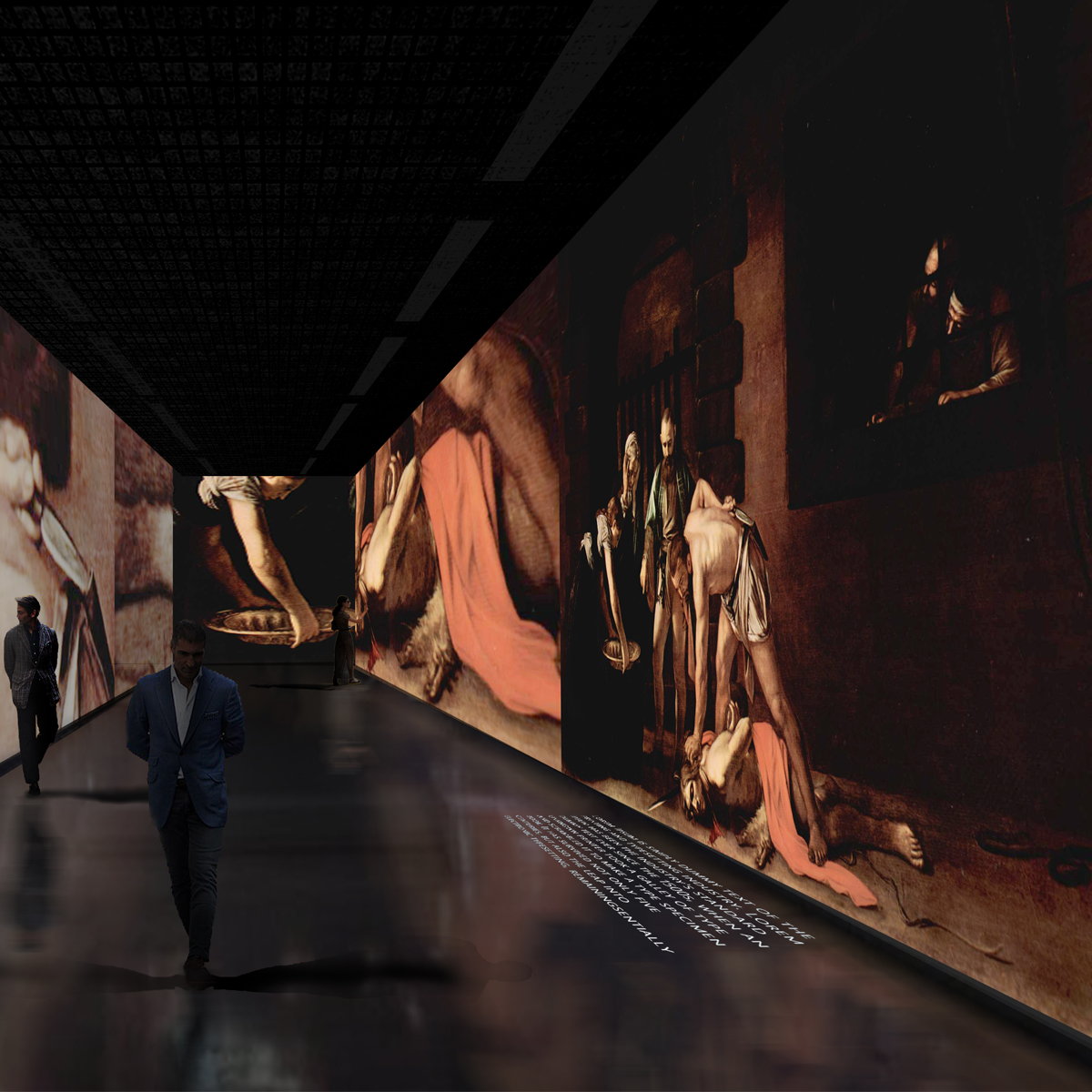 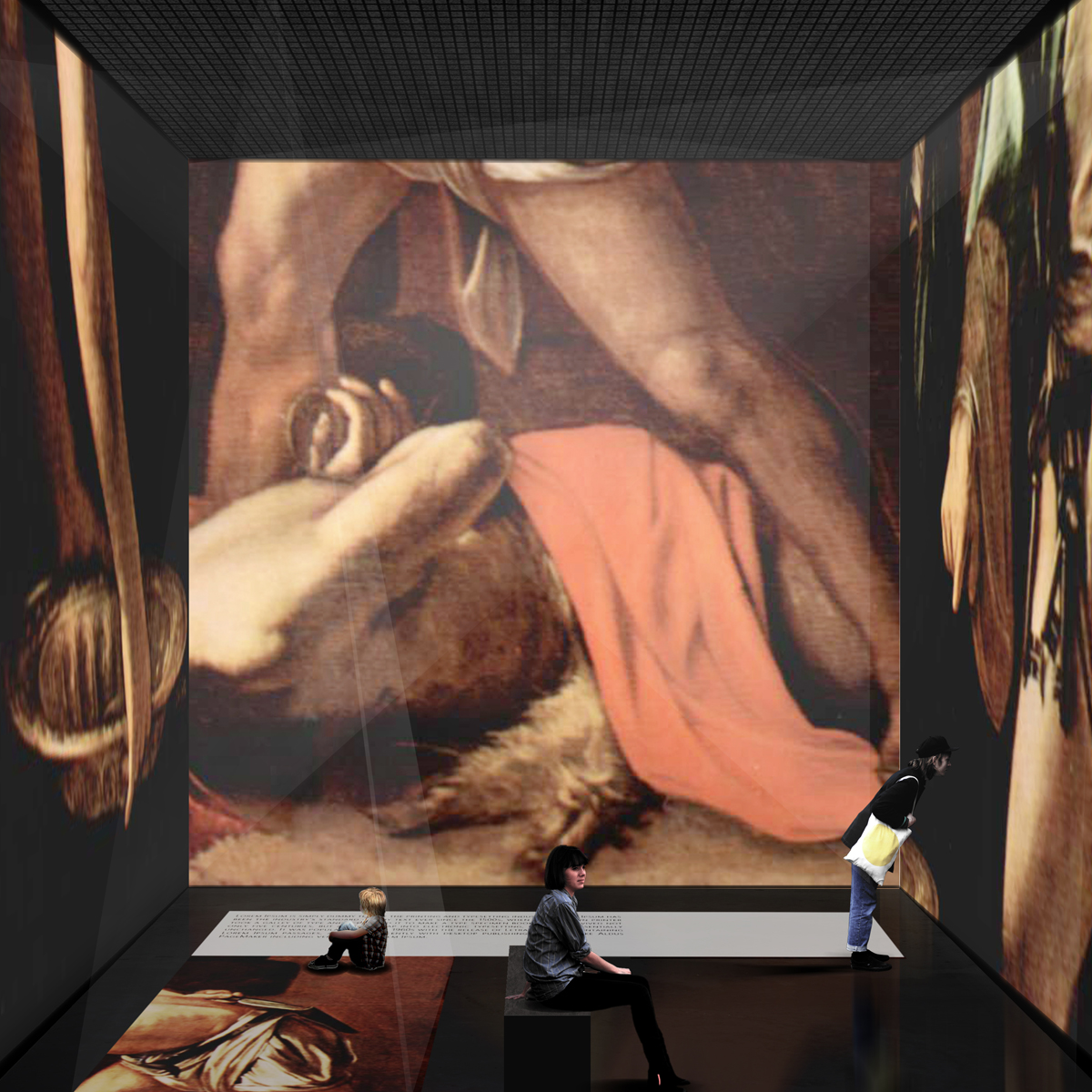 One of the oldest houses in Valletta was that of the Grand Prior of the Conventual church of St John, which was built together with the Oratory of the church, in 1605, where St John Street meets Merchants Street.

Its proximity to the holiest building of the religious and military Order of St John gave status to the most important Hospitaller after the Grand Master. In fact, it was more of a seat of authority than merely a grand residence, as the palazzo also included a library with liturgical books as well as an archive of parochial registers, and records of Masses said for different Foundations and charities, besides other documents.

Equally significant, but less well known, was that the Prior’s house had an inner doorway which led directly into the Oratory by a few steps. The Spaniard Pedro Camarasa was the first Grand Prior who could walk privately into the chapel to contemplate the striking altar-painting that has intrigued and marvelled viewers ever since 1608, when Caravaggio signed off his largest ever painting, The Beheading of the Baptist of St John. The Prior’s house underwent several changes as it was adapted to many secular uses, including a St Joseph’s School for Girls on the piano nobile, the textile shop Camilleri Paris Mode on the Merchants Street side, and Bank of Valletta on the St John Street side. Its old spaces were lost as internal walls fell and its upper floor was bombed during WWII. Indeed, next to nothing is left by which to recognise its original purpose as a Baroque residence.

The full turn of the circle came in the summer of 2019 when the historic doorway was re-opened, reuniting the former palazzo with the Oratory. The St John’s Co-Cathedral Foundation succeeded in acquiring the premises and converted it into a new extension to the Oratory of the Decollato.