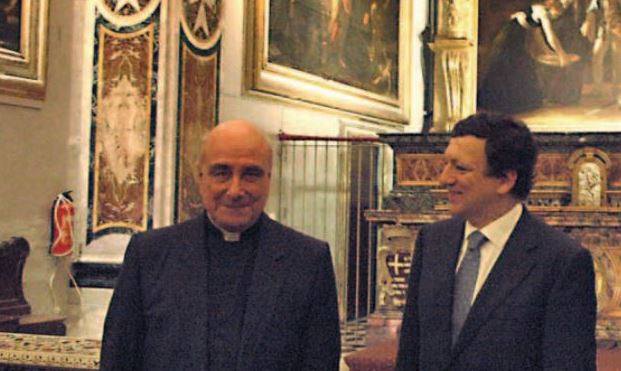 The St John’s Co-Cathedral Foundation bids farewell to Mgr Philip Calleja who passed away today, at 93 years of age.
Mgr Calleja, together with ambassador Richard Cachia Caruana, was instrumental in the setting up of the Foundation in 2001 by then Prime Minister Eddie Fenech Adami, and the late Archbishop Emeritus Joseph Mercieca.
Mgr Calleja served as President of the Foundation on several occasions, and during his term the Co-Cathedral underwent major successful conservation and restoration projects whilst drastically improving the visitors’ experience.

Mgr Calleja was a long-time champion of migration causes in Malta for more than half a century. Requiescat in pace

(Caption: Mgr Philip Calleja with José Manuel Barroso, President of the European Commission on his visit to St John’s Co-Cathedral, Times of Malta)