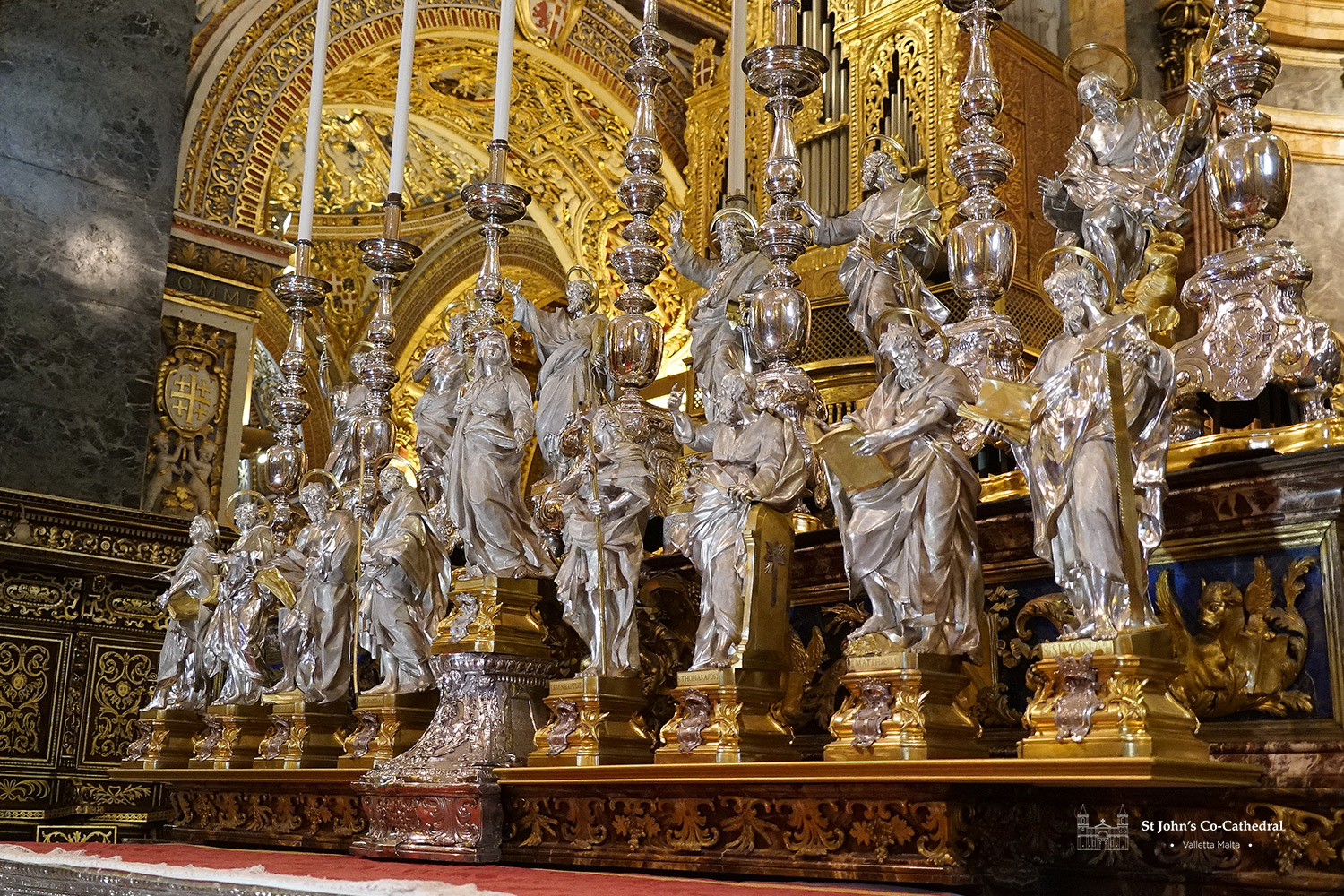 The set of silver statues that once belonged to St John’s Co-Cathedral were returned to the Church and be placed on the high altar for which they were made. The statues will be displayed until 31st July to mark the 20-year anniversary of the Foundation.

Cynthia de Giorgio CEO and Curator said: “This occasion would be a unique opportunity to see the statues in their original context. They were specifically commissioned to embellish the high altar to complete the rich baroque ensemble of the Conventual Church of the Knights of Malta. Although referred to as the Apostolate, the set of fifteen figures includes three additional figures, that of the Blessed Virgin Mary, St John the Baptist, and St Mathias”. The first ten statues were completed by 1741 and paid for by the Prior of St Giles, Fra Charles Alemans de Rochenard. The Bailiff of St Stefano, Fra Don Andrea Fortunato di Giovanni intervened and paid for the second group of five statues that were executed between 1742 and 1743. They are the work of the silver smith Antonio Arrighi. Few of Arrighi’s works survive, making this set of great importance for the study of eighteenth-century sculpture.

The statuary group remained on the altar of St John’s Co-Cathedral until 1798 with the arrival of Napoleon and the French army leading to the expulsion of the Order from Malta. Along with many of the precious objects and artefacts in the Co-Cathedral, Arrighi’s statues were included in the despoliation to melt and extract the precious metals, leaving behind only a few silver items for liturgical service. With the intervention of the bishop Vincenzo Labini and the Cathedral Chapter of Mdina, a number of silver items were offered in exchange of the statutes. In 1799, a second ransack at the Co-Cathedral occurred and the Church was left deprived of its precious silver furnishings, however, the statues were once again spared and saved by the Chapter. Prof. Mgr. Emmanuel Agius, President of the Foundation said that “it is incredible that this set of impressive statutes was going to be melted down to coin money to pay the French soldiers. It is exciting to see the statues where they once stood”.

In 1806, the statues were taken to the Cathedral in Mdina. The statutes are now exhibited at the Mdina Cathedral Museum. 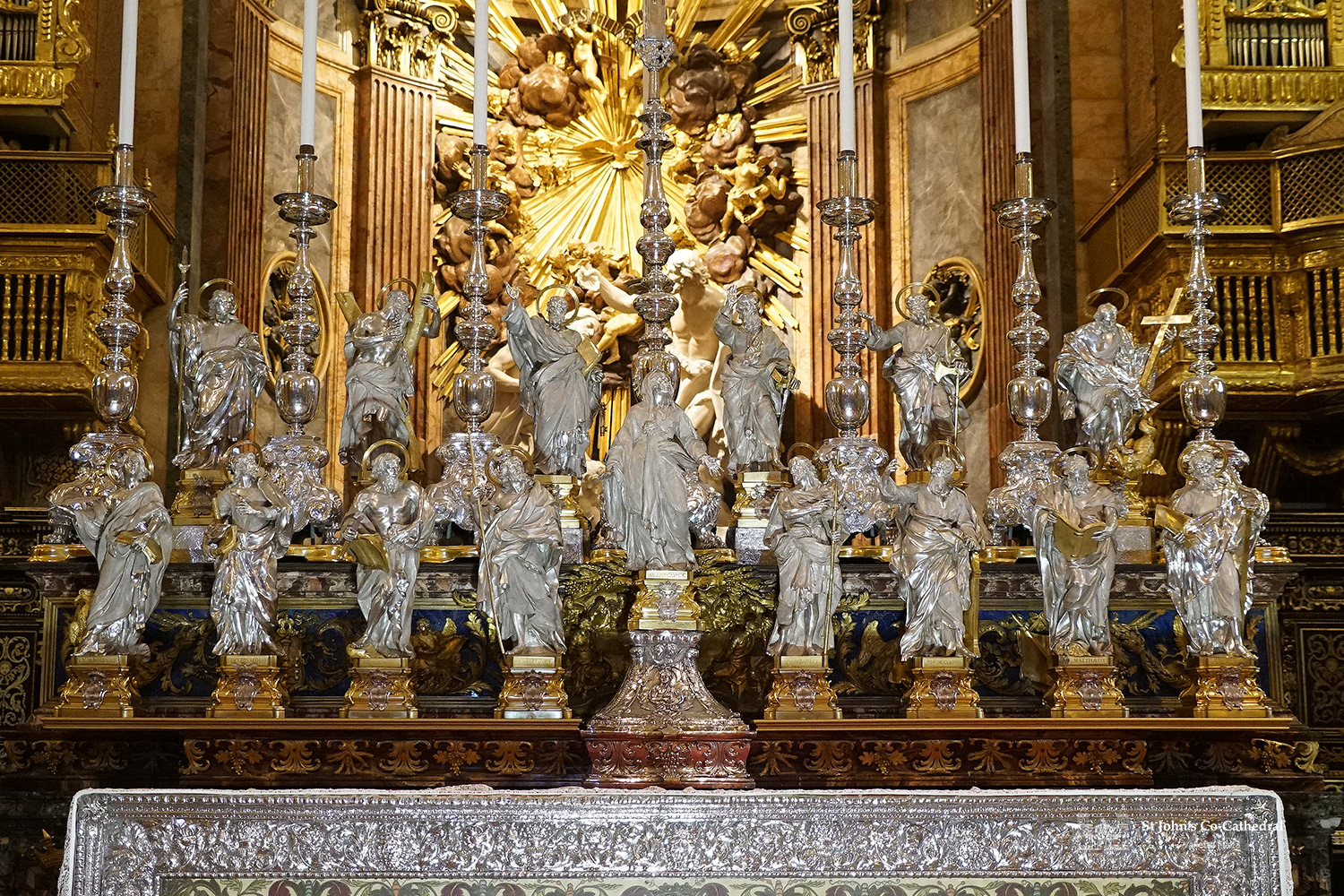 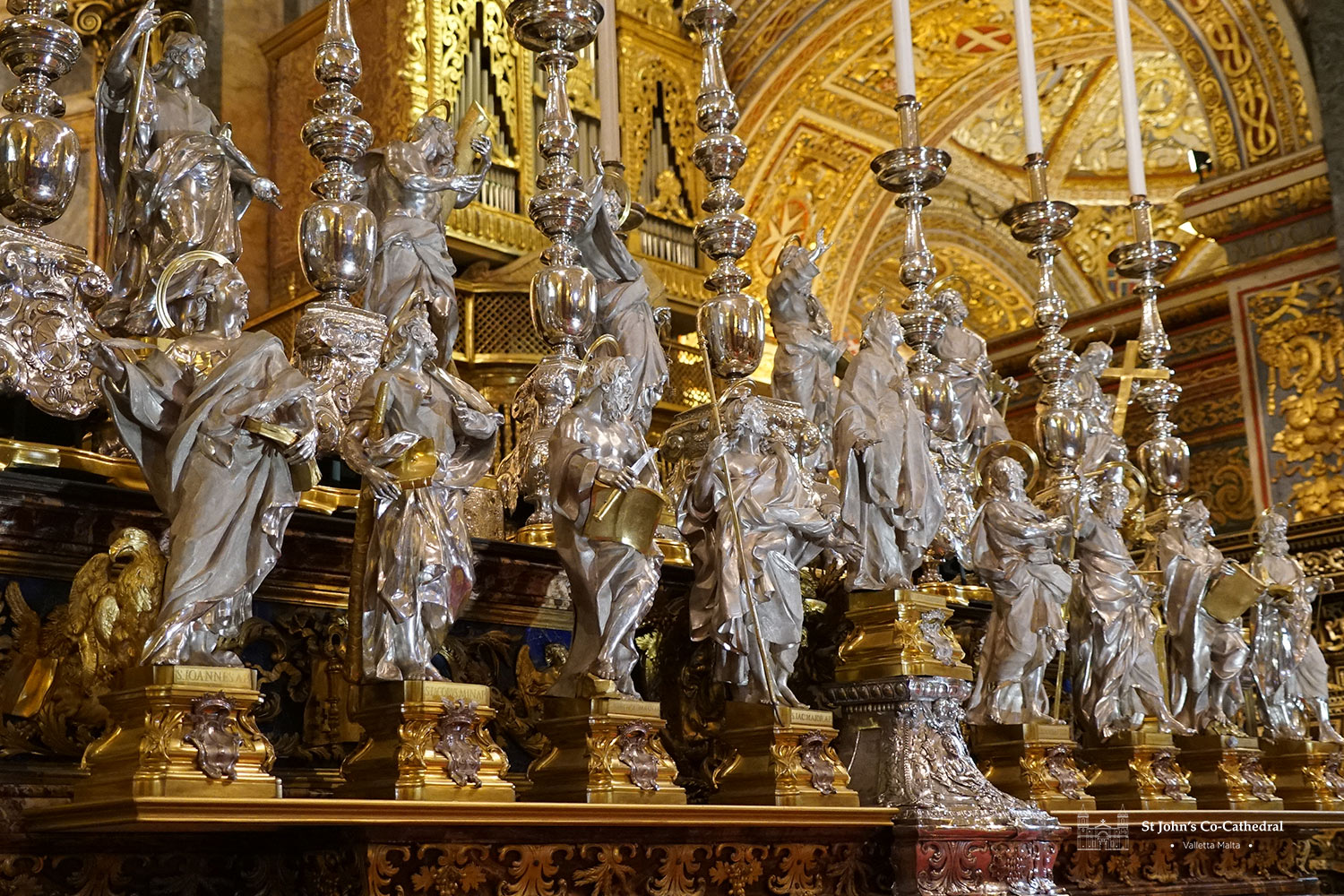