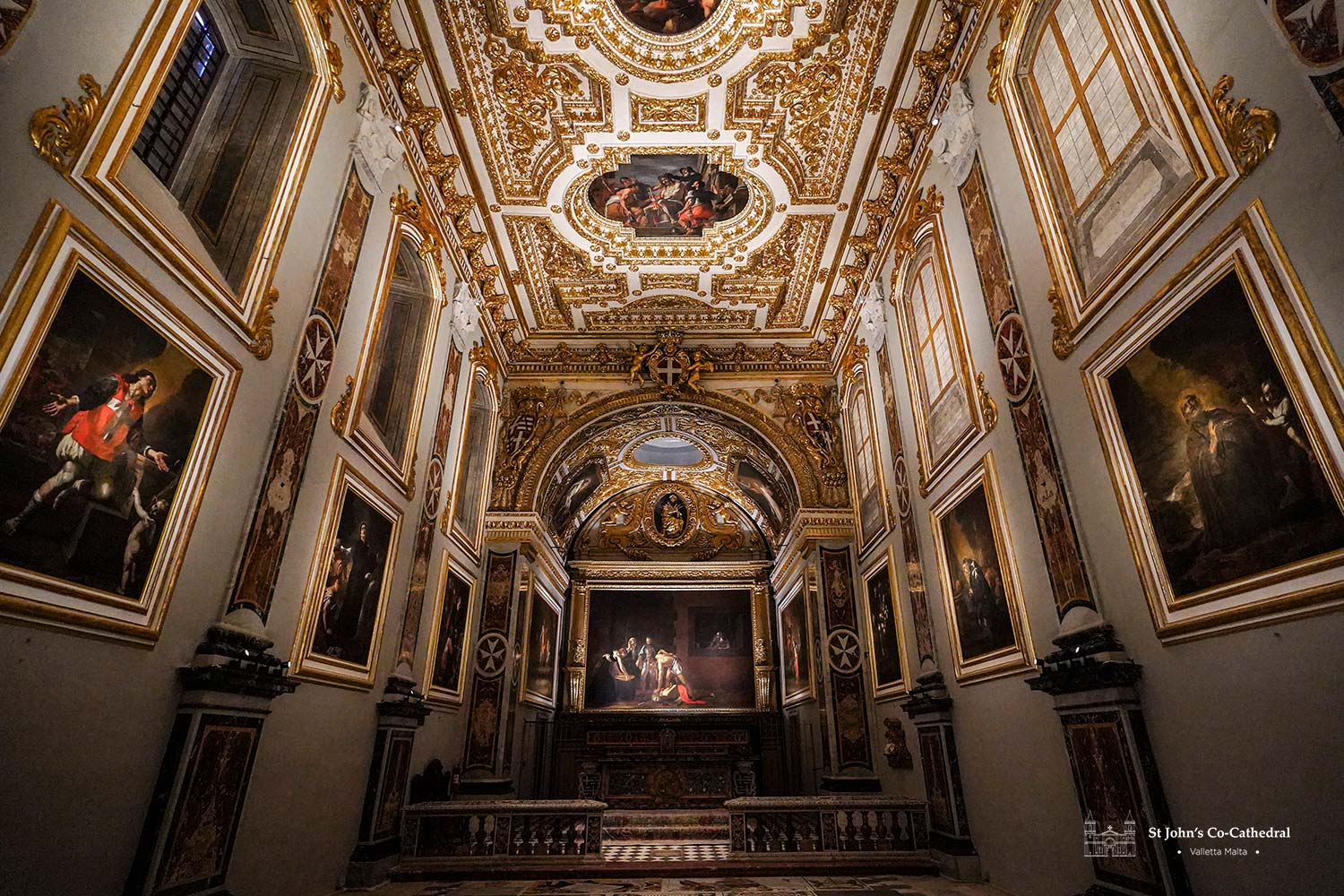 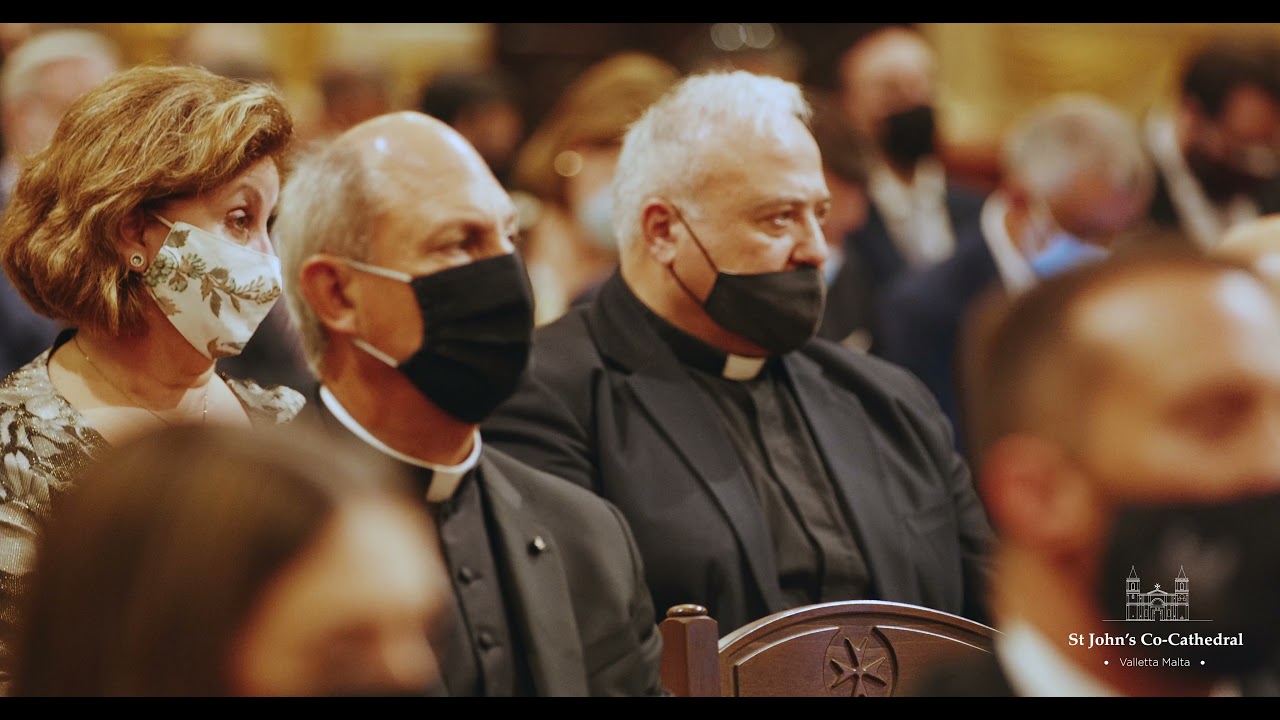 The President of the Foundation said that in August 2020 the Council of the Foundation embarked on the ambitious project to restore and conserve the oratory and its late-Baroque embellishments, the soffit and side paintings, and the two apse paintings beside the painting of Caravaggio, the Beheading of St John the Baptist.

Cynthia de Giorgio, CEO and Curator remarked that: “This occasion is a historic and significant landmark because thirteen paintings by Mattia Preti have been restored together with the gilt wooden soffit. Caravaggio’s most significant painting depicting the Beheading of St John the Baptist has been fitted with a new LED lighting system, which will eliminate any damage caused by heat and UV light that was previously emitted by halogen lighting.

Ms de Giorgio added that; “the painting depicting ‘St Jerome Writing’, will be given the space that it merits just as it once graced the walls of Fra’ Ippolito Malaspina’s palazzo, before he left it to the Chapel of Italy after his death in 1624, it will now be exhibited in the Caravaggio Wing where its meticulous details can be appreciated. It is a renewal of the Order of St John’s patrimonial heritage”

The ambitious oratory restoration and conservation project consisted of:

The stone gilded carvings of the arch and vault in the apse, and the apse mural paintings executed in oil on stone technique representing scenes of the ‘Agony in the Garden’ and ‘Christ tied to the Pillar’;

The two lower paintings in the apse area, executed in oil on canvas technique which represent the first two rectors of the Order: the ‘Blessed Raymond’ and ‘Gerard Kneeling Before The Lamb of God’ and ‘St Flora and Donna Sancha Before The Virgin Mary’ and ten large window decorative frames and trompe-l’oeil adornments.

The variety of artistic techniques and supports employed in the manufacture of these multiple artefacts, as well as the complex series and levels of deteriorations that were present, made the project an exciting adventure.

The oratory has become a pulsating hub of interdisciplinary collaboration, with specialist conservators of the Foundation teaming up with other experts with the sole objective of ensuring the preservation of this important site for the benefit of both current and future generations.

The construction of the oratory began in 1602 during the reign of Grand Master Alof de Wignacourt. The Confraternita della Misericordia were also involved and contributed for its construction. It was intended as a place of devotion and meditation for young novices and was completed by 1603. The confraternity used the oratory for their functions and for the investiture of the Knights and other ceremonies which culminated with the Feast of the Beheading of St John on 29 August.

The oratory was given its present appearance in the 1680s during a major decorative intervention between 1679 and 1690 ten paintings by Mattia Preti depicting Saints of the Order and a gilt wooden soffit were added. The marble cladding interior was added in 1740.

Besides the St Jerome Room, visitors can watch ‘Meet Caravaggio’: a short docu-drama on the life of the Artist in Malta between July 1607 and October 1608, first as a novice, later as a Knight of Obedience and his dramatic escape from imprisonment in Fort
St Angelo.

In 2019, when the historic doorway that once led to the Grand Prior’s house was opened, the former premises were reunited with the oratory. 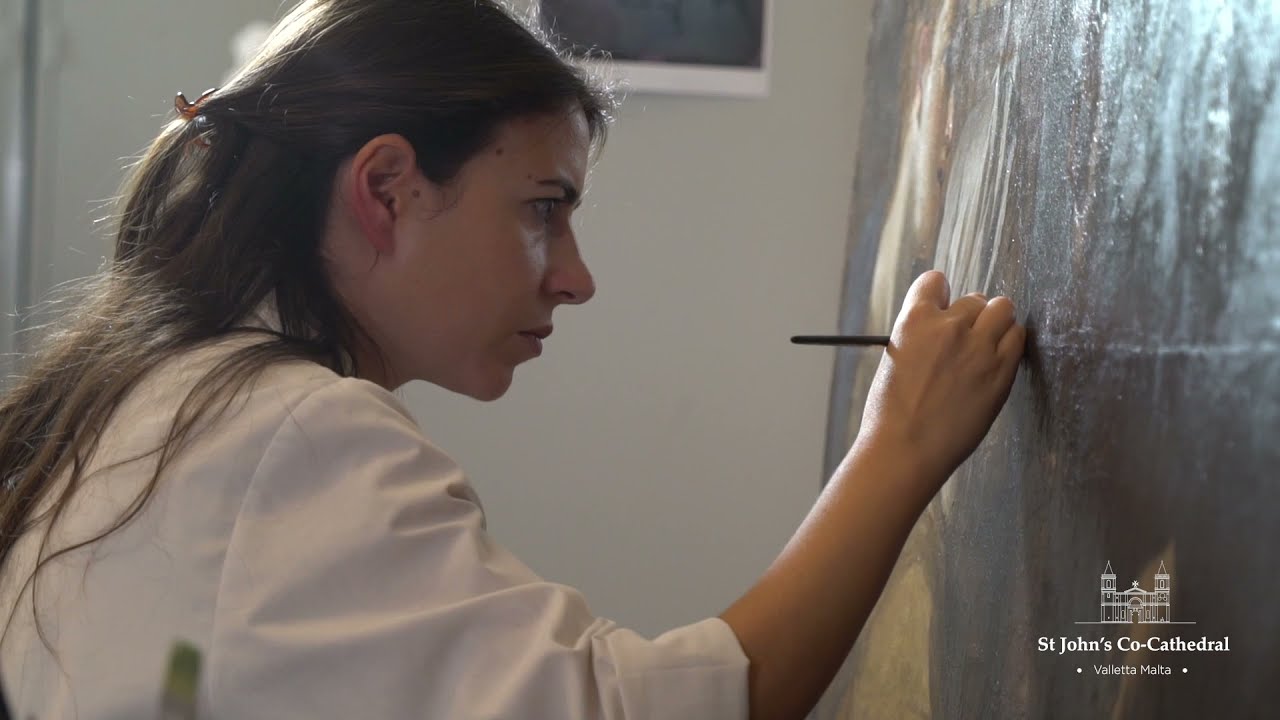 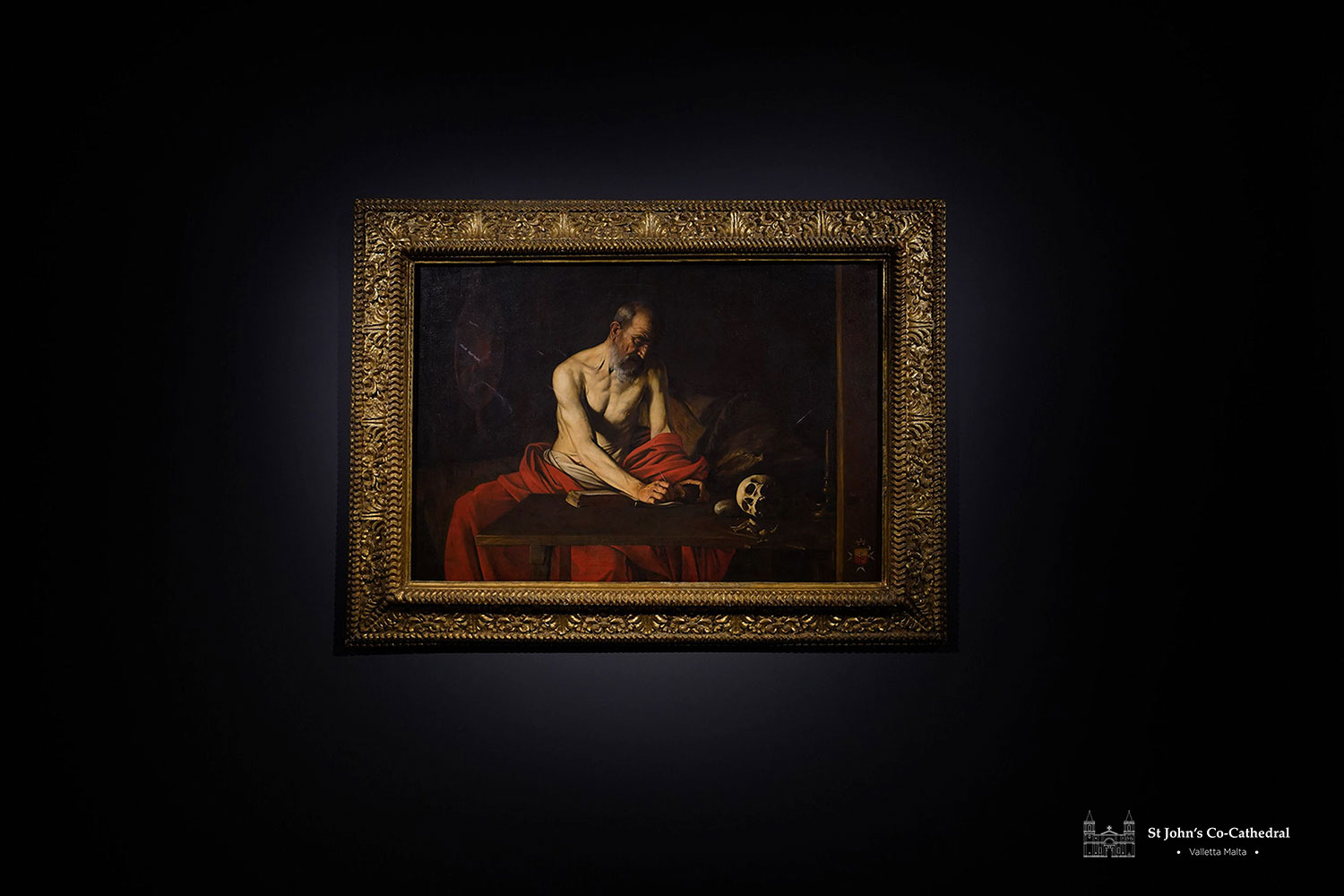 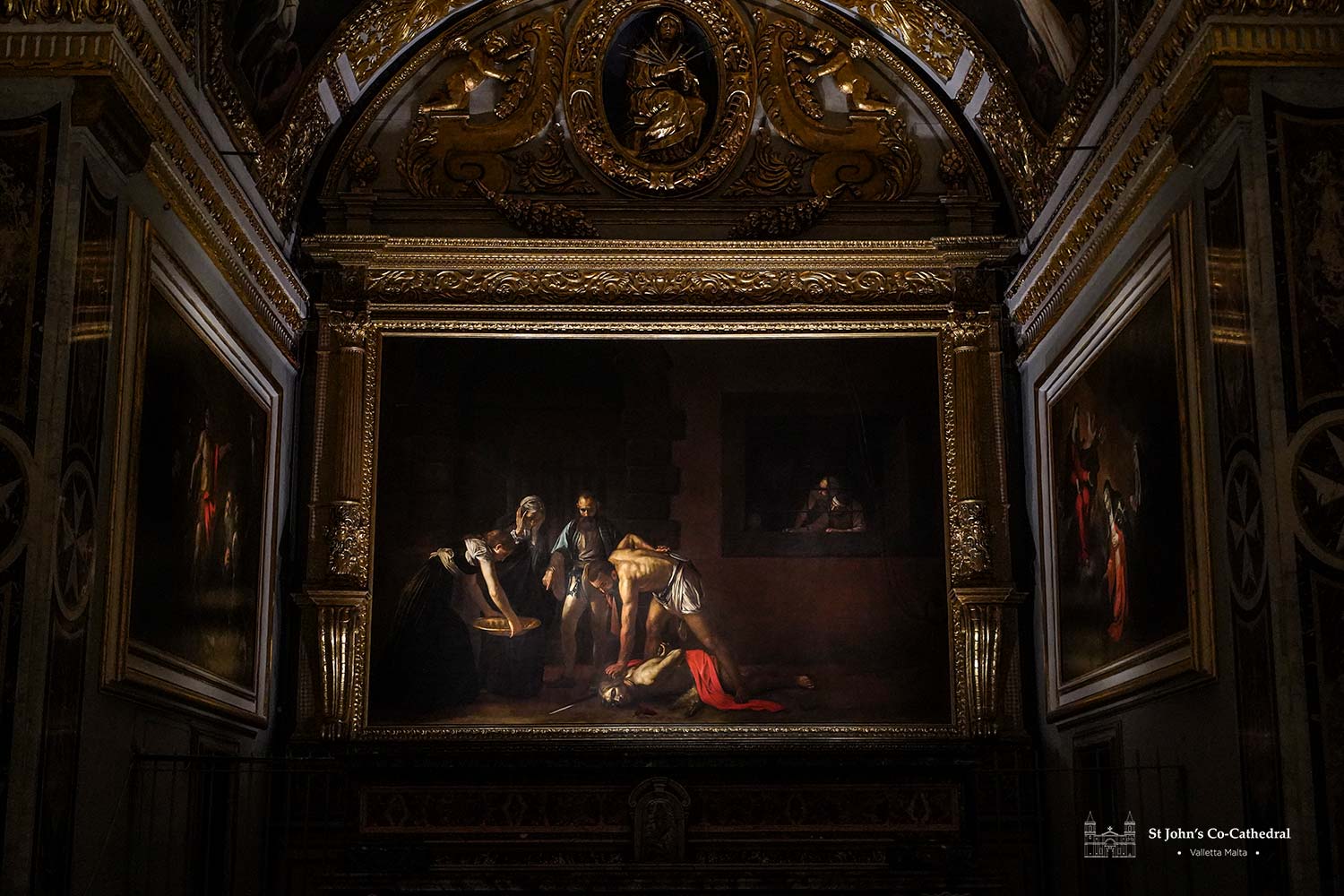 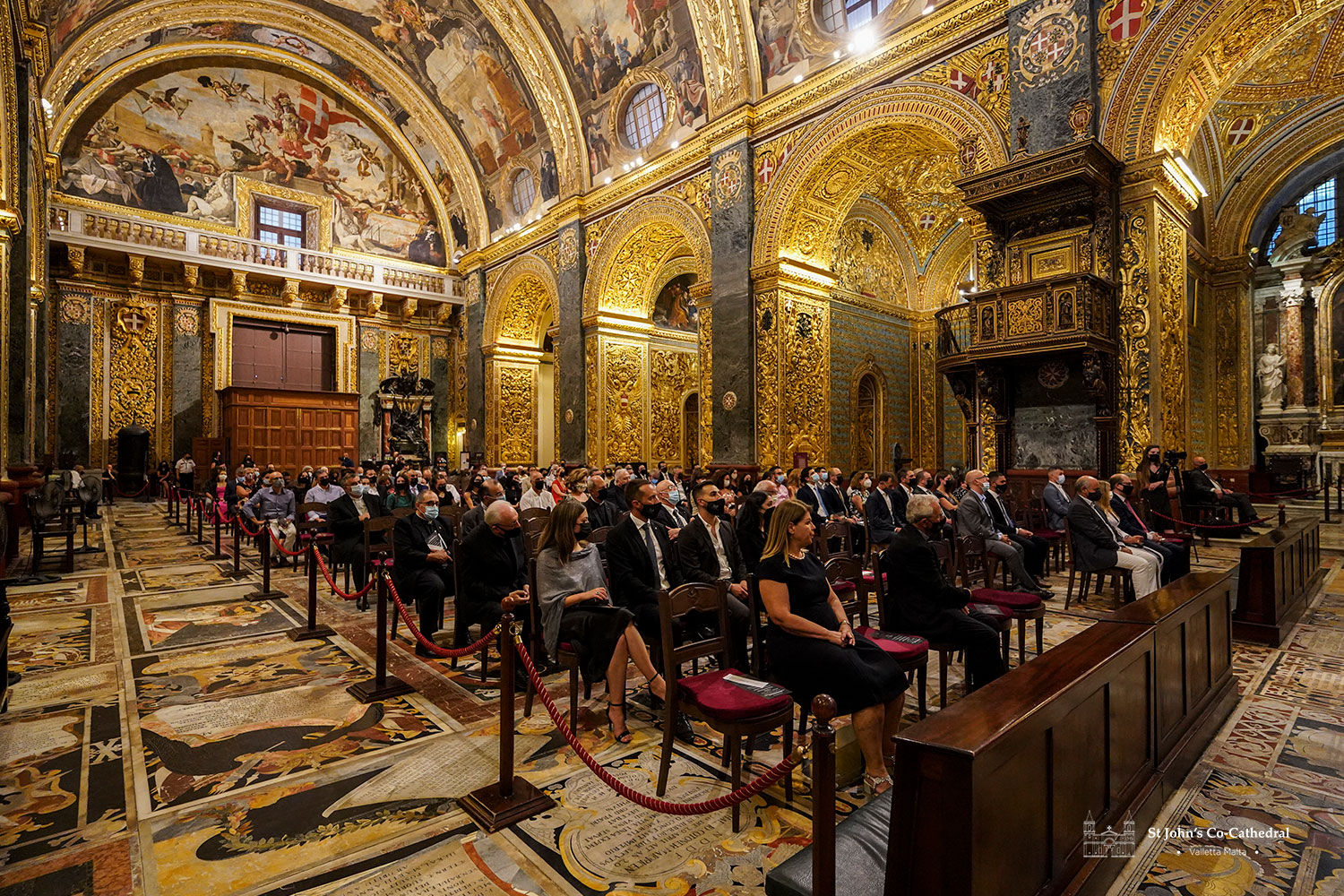 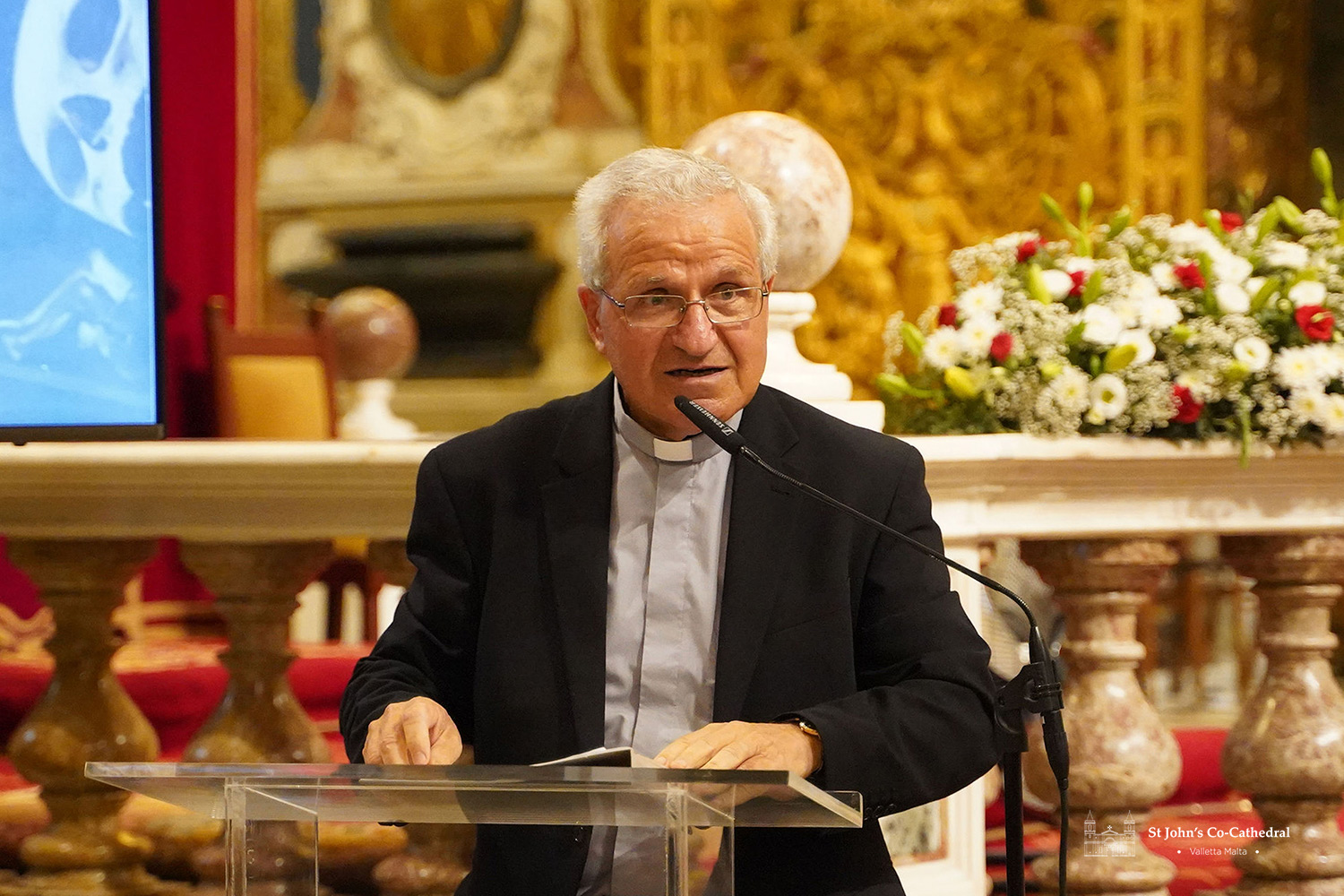 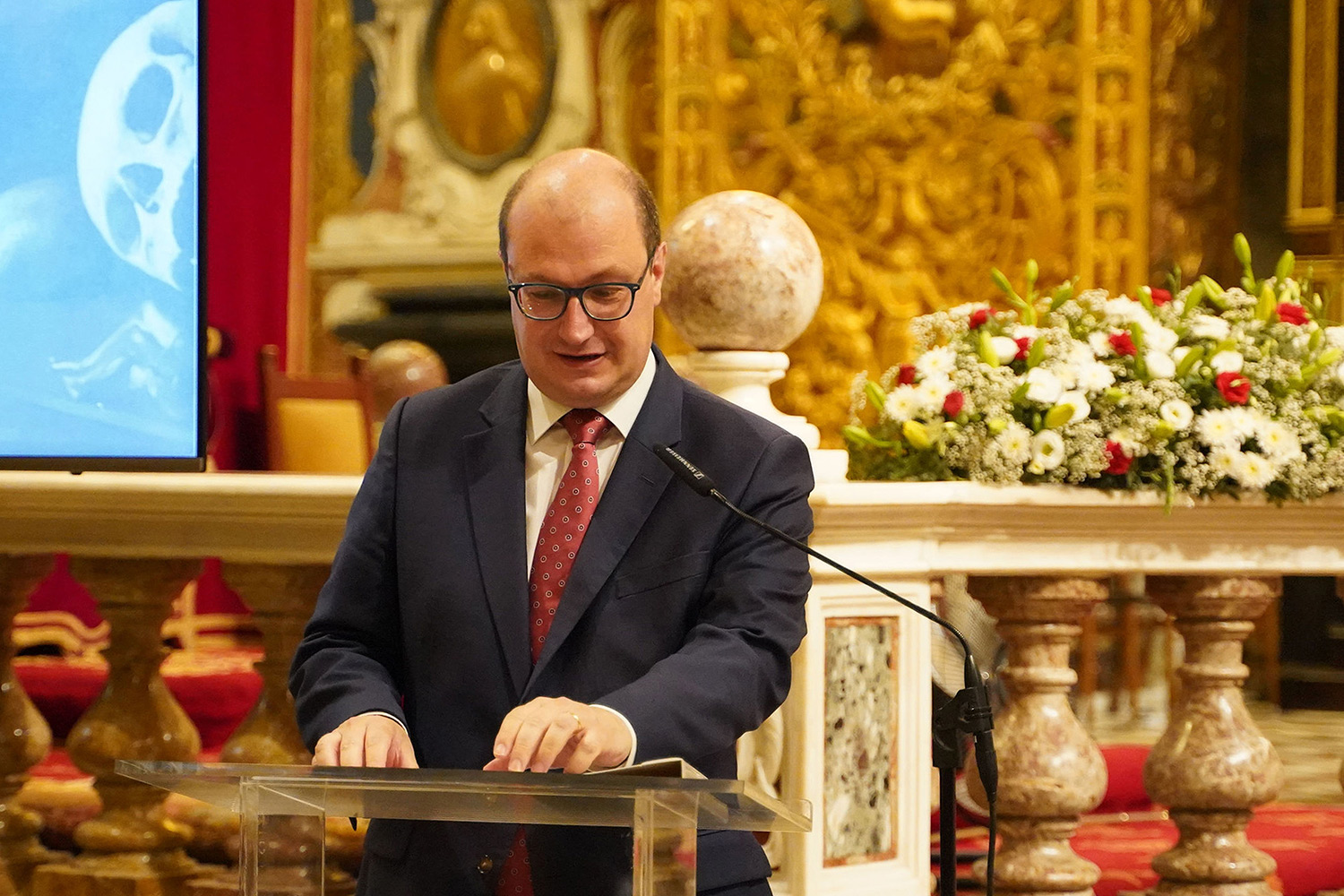 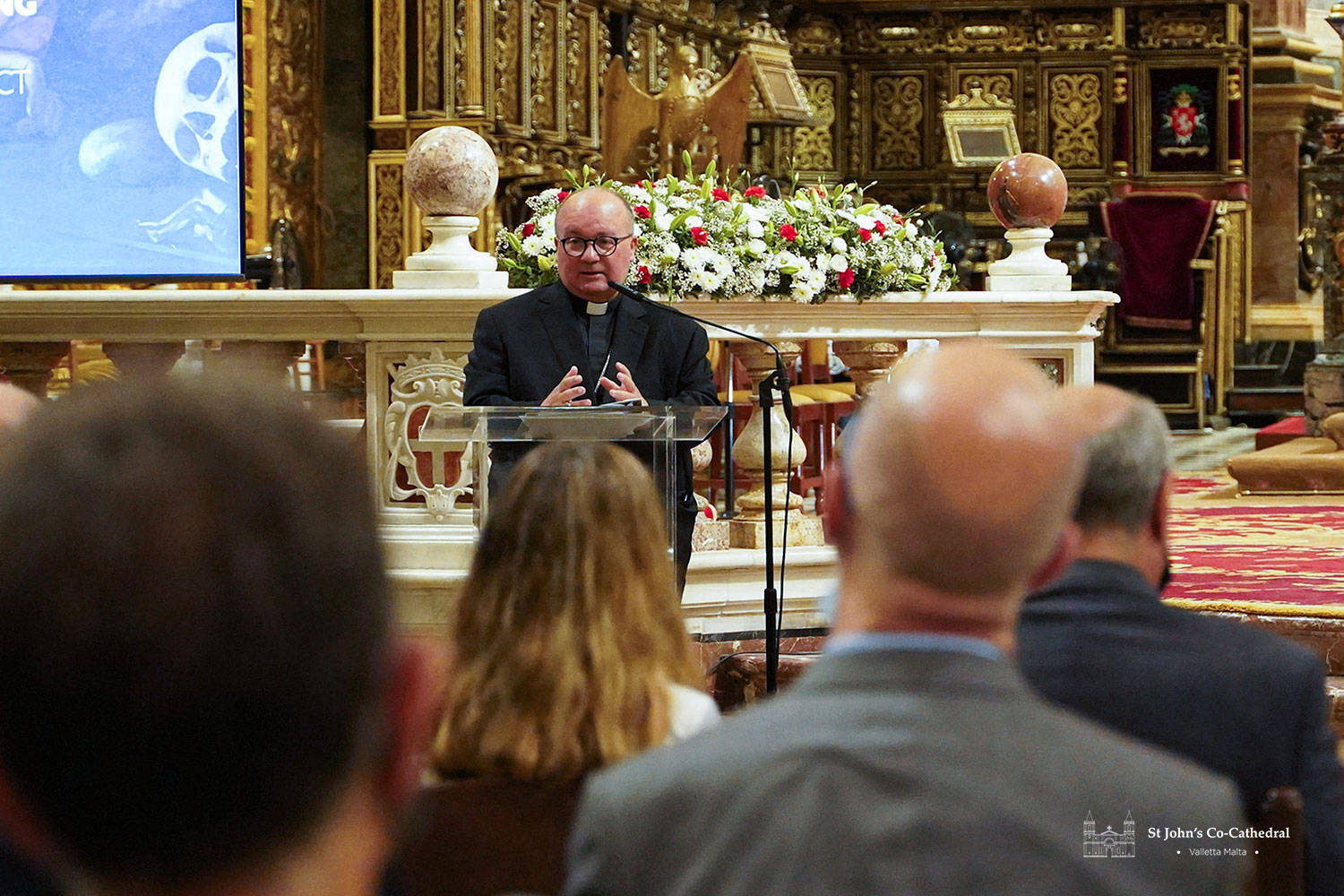 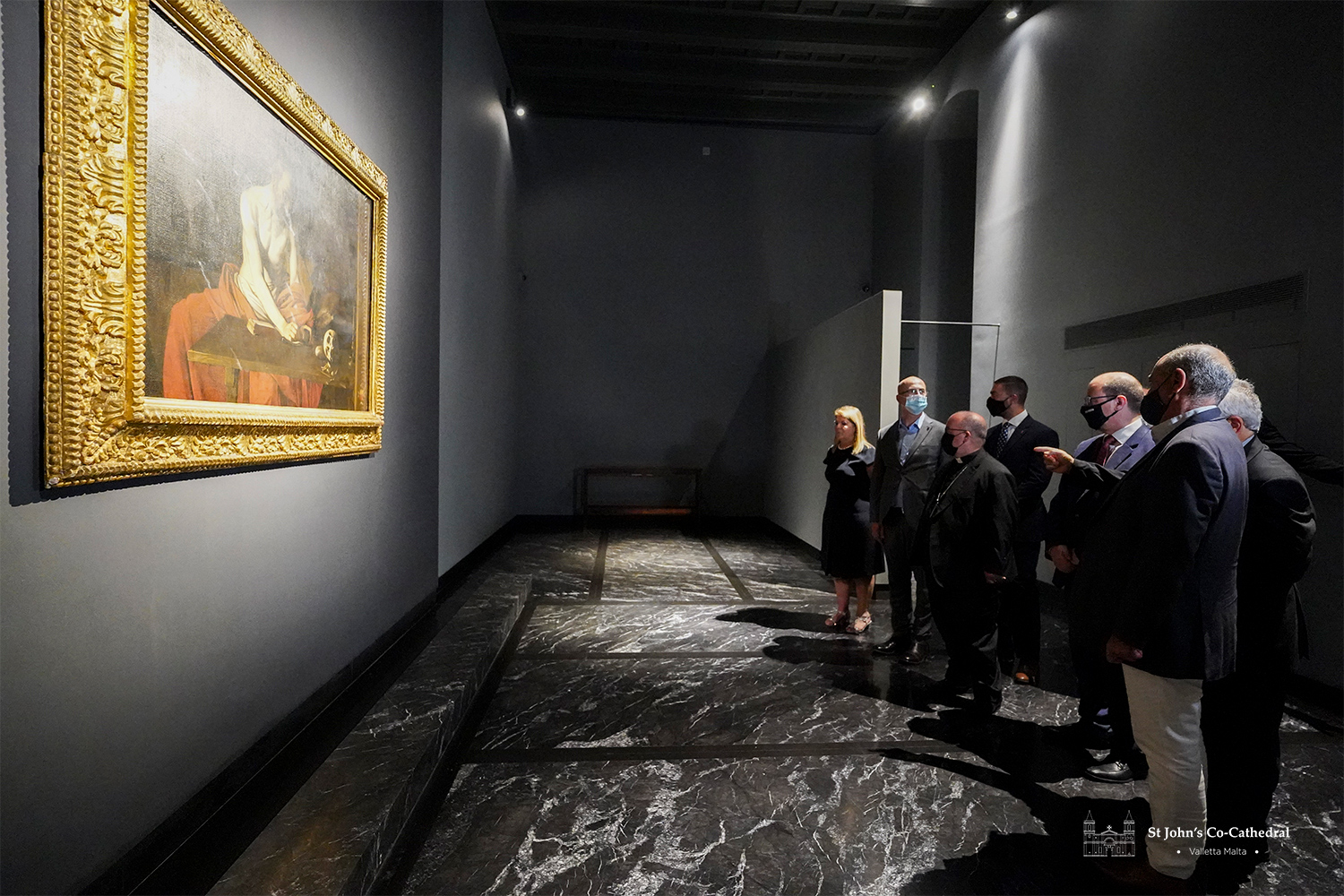 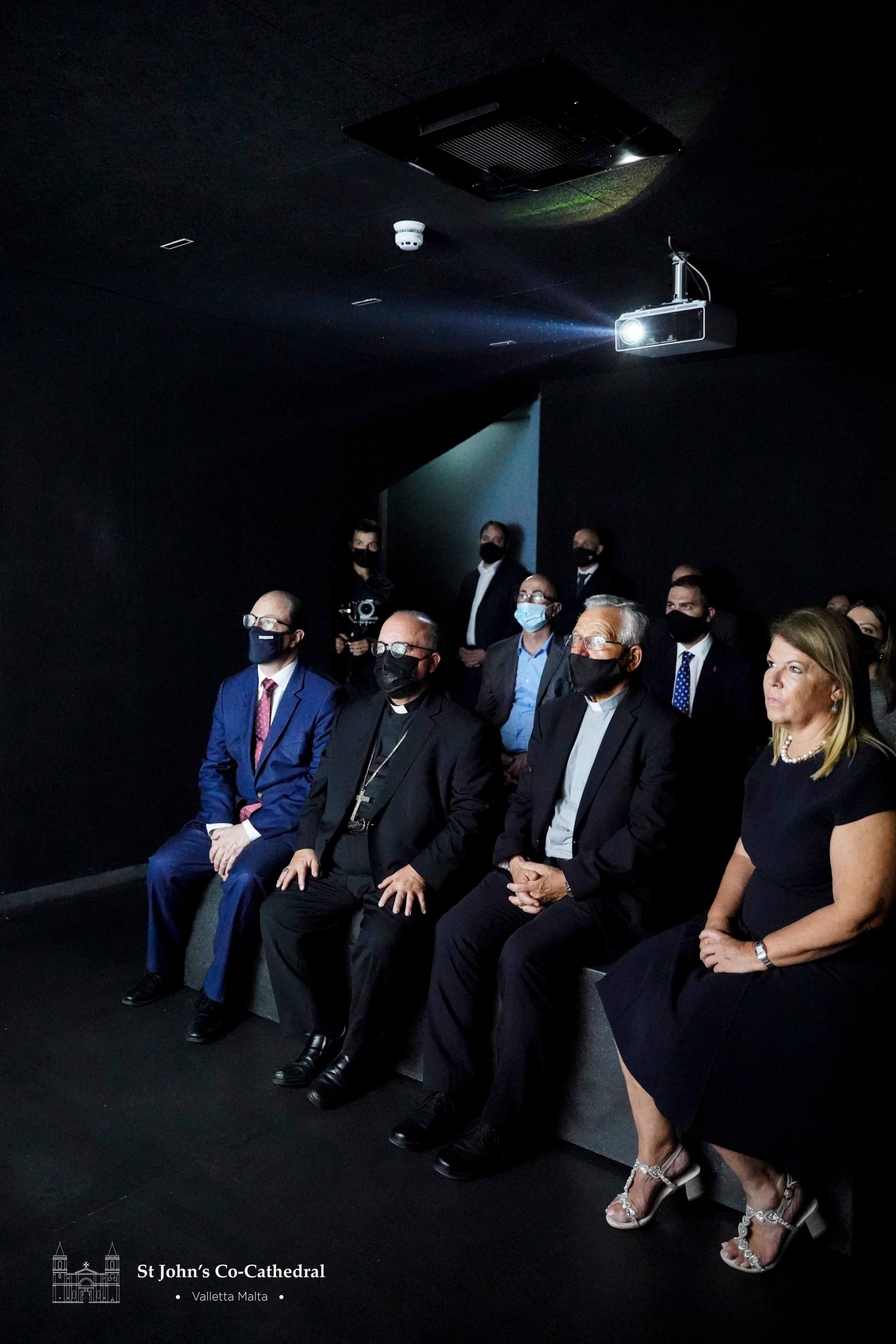 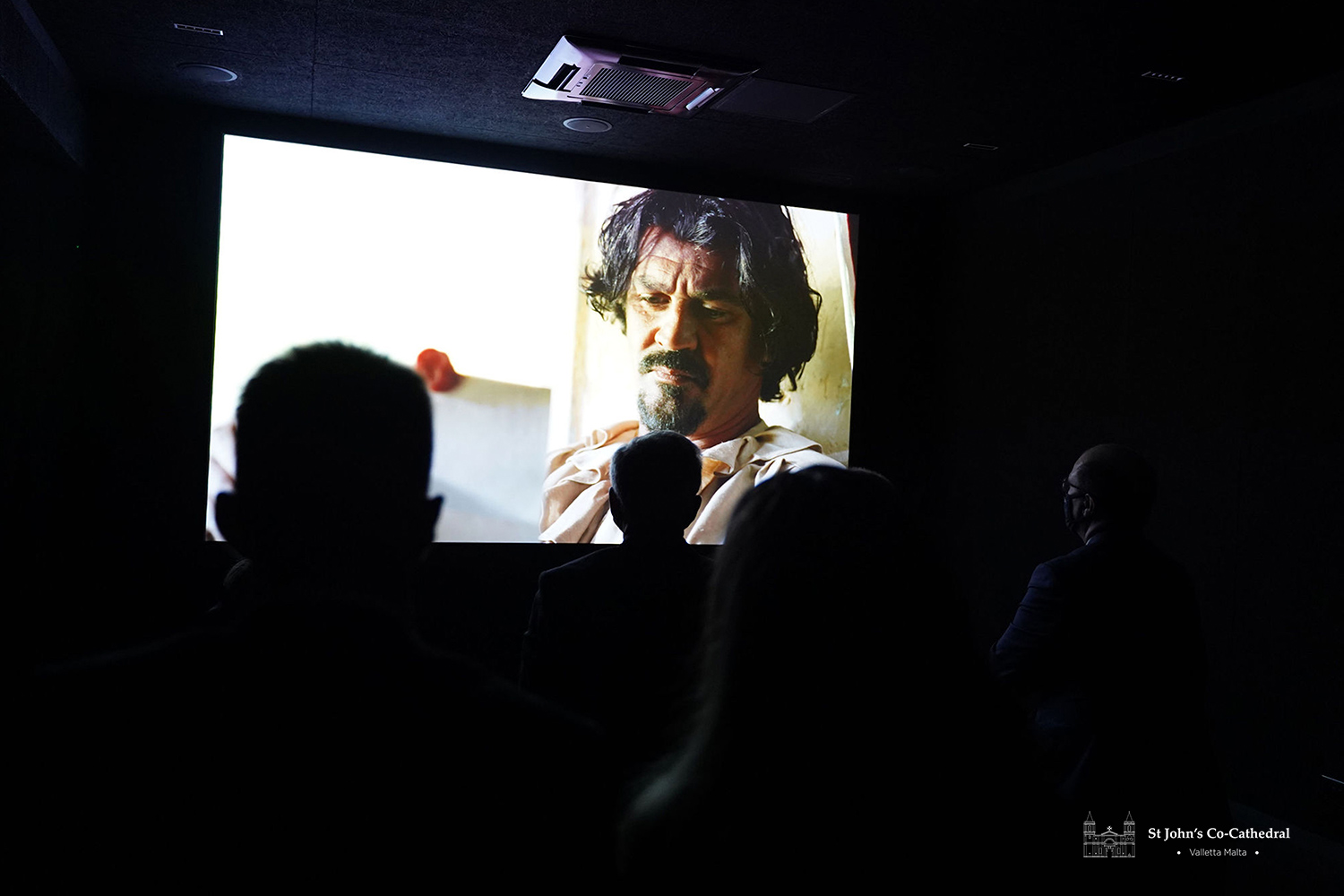