The Grand Masters of the Order of St John donated several sets of liturgical vestments to their conventual church. These garments were worn during important liturgical and ceremonial occasions.

The inventories of the Order record thirteen sets of vestments given as gifts. The garments were made from silk satin and intricately embroidered with multi-coloured silk yarns and gold and silver threads. The colour of the vestments was chosen according to the liturgical calendar to add symbolic meaning to the liturgy.

The set donated by Grand Master Nicolas Cotoner are richly embroidered with floral motifs, many of which carry a symbolic meaning. The adornment of embroidered flowers was a form of art that emerged during the Baroque period when rich adornment was encourage as a form of adoration towards the Eucharist. These manuscripts relate to the early part of the Knights’ stay in Malta. They are by far the most beautifully executed choral books on the island. There are three sets – all gifts of various Grand Masters.

The Graduals of L’Isle Adam

The largest and most important set consists of ten illuminated choral books. They were given to the church as a gift by Grand Master Philippe Villiers de L’Isle Adam who reigned from 1521 to 1534. His coat-of-arms in frequently displayed on them. This type of choral book is called a gradual that consists of chants for the Mass of the Roman Catholic church made to accompany the service.

Each choral book features hand painted illuminations of exceptional beauty, with gold leaf as a background adding to their brilliance. These splendid miniatures (as they are called due to their minute detail) reflect the current artistic trend.

The set of choral books, bearing the coat-of-arms of Grand Master Verdalle are referred to as antiphonaries, they contain the sung parts of the divine office (the musical sections used during daily services, at the various canonical hours of the day that do not feature in graduals).

The Verdalle antiphonaries number seven in total and contain the Proper and Common of saints. All are made from parchment and have several illuminated initials.

The collection of Grand Master Antonie de Paule consist of two manuscripts in parchment. They are antiphonaries for the Temporal cycle of the church year. 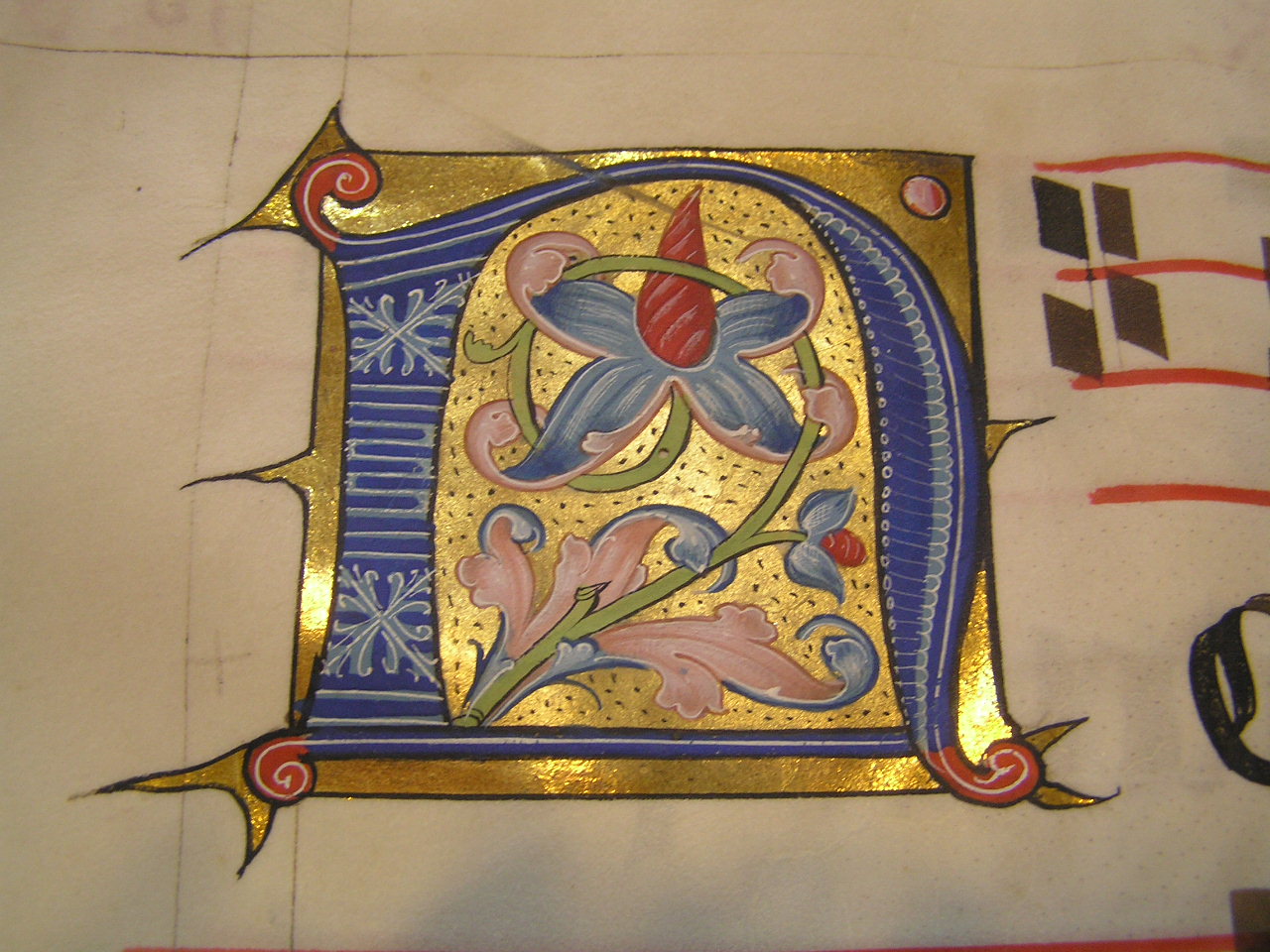 Reliquary of the hand of St John the Baptist

This gilded reliquary was made to house the relic of St John the Baptist’s hand. It was a most precious relic for the Order as this was the hand that baptised Christ in the river Jordan.

The monstrance was commissioned in 1686 by the Italian Grand Master Gregorio Carafa. It is made of bronze and gilt with silver ornaments and was cast in Rome by Ciro Ferri, a sculptor whose style was influenced by the prevailing high baroque idiom.

The design consists of a cylindrical chamber accompanied by two angels. It is supported by two cherubs on a pediment decorated with silver acanthus leaves. The Grand Master’s coat-of-arms can be seen prominently displayed between two laurel festoons. The reliquary was originally placed on the altar of the oratory. The bronze image of Jesus Christ was commissioned from Alessandro Algardi, a Bolognese sculptor working in Rome, at the expense of the Knight Fra Alessandro Zambeccari.

Originally the bronze image was larger and Christ held a globe in one hand and had the other raised blessing those who arrived and departed from the Grand Harbour. In the eighteenth century, the sculpture was modified and placed on the pediment of a chapel by the quay. This chapel was dedicated to Our Saviour and had a quarantine parlatorio directly connected to the water edge by means of a sunken passageway, for the use of sailors serving their term of quarantine aboard the ships. Described by Ferris as a bellissima scoltura in bronzo ed alto rilievo, the sculpture later placed on the façade of St John’s church.